In the early 1990′s a plan was hatched to go for some world records on IMZ-Ural machines. It was successful, and it is likely these records may stand for a very long long time. 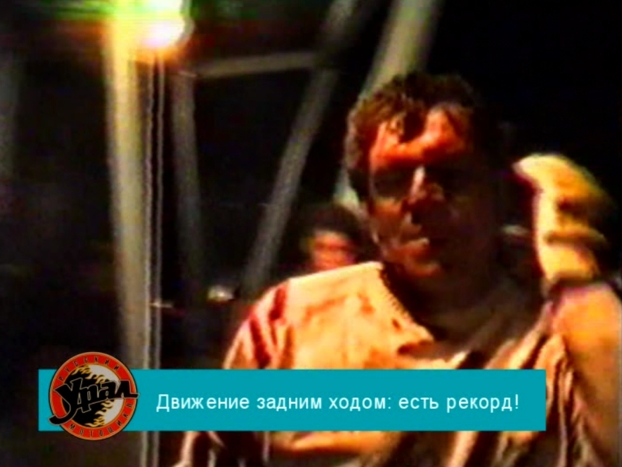 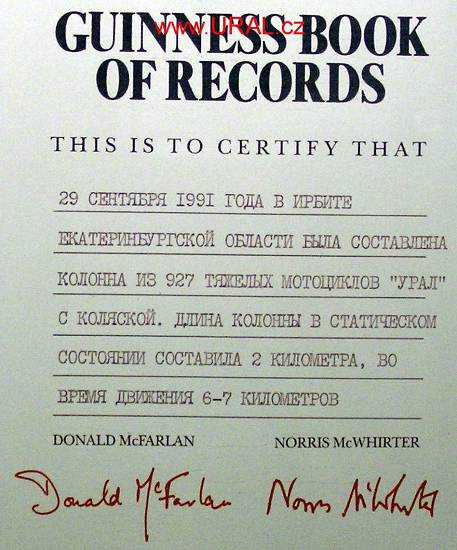 29 September 1991 in town of Irbit, Ekaterinburg region, a queue of 927 heavy motorcycles Ural with sidecars were made. Length of the queue was 2 kilometers while standing and 6-7 kilometers long when moving. 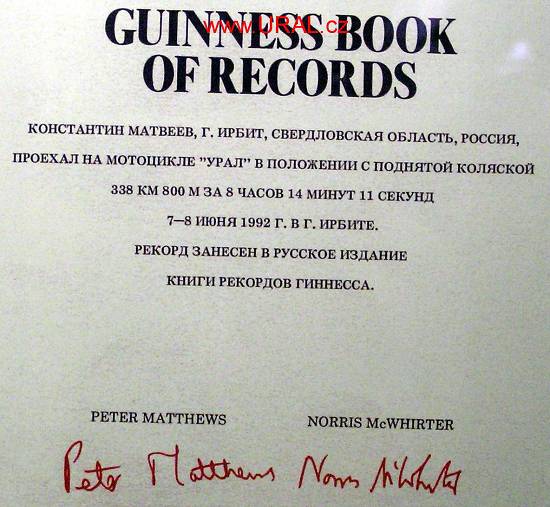 Konstantin Matveev, of Irbit town, drove “Ural” motorcycle with a sidecar wheel lifted to the air 338 km 800 m in 8 hours 14 minutes 11 seconds 7-8 June 1992 in Irbit. This record is written in Russian edition of the Guinness Book of Records. 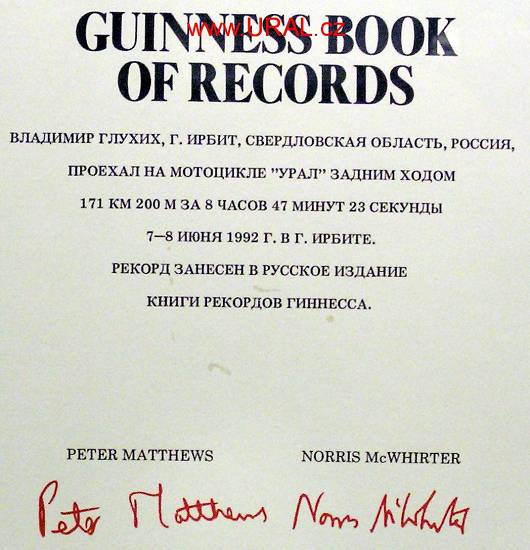 Vladimir Glukhikh, Irbit, drove “Ural” motorcycle with sidecar in reverse gear 171 kilometers 200 meters in 8 hours 47 mins 23 secs on 7-8 June 1992. The record is written in Russian edition of the Guinness Book of Records. 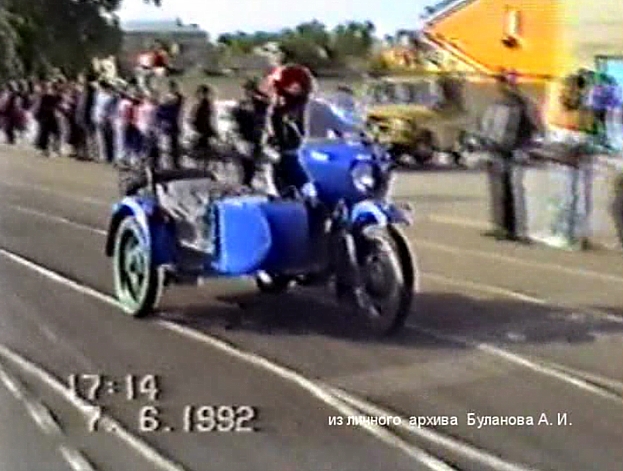 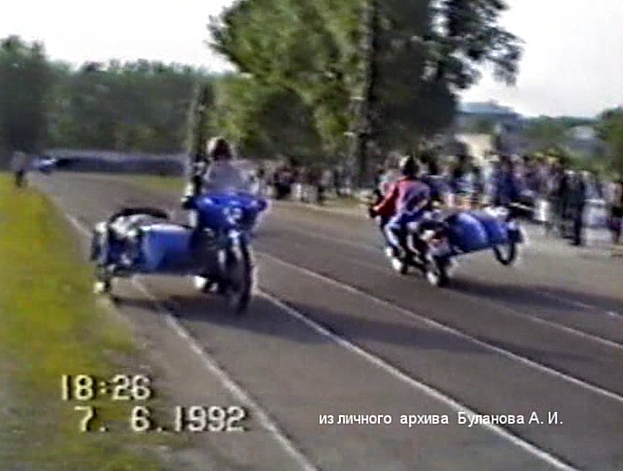 Two world records being set simultaneously, in reverse and flying the chair. 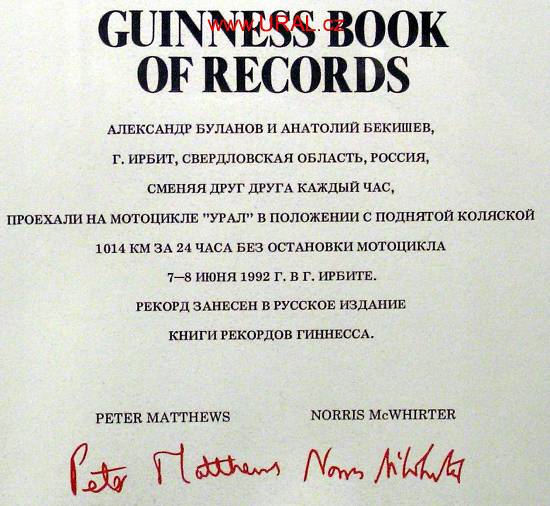 Alexander Bulanov and Anatoliy Bekishev drove motorcycle “Ural” with sidecar lifted to the air 24 hours non-stop while changing each other hourly covering 1014 kilometers. 7-8 June 1992. This record is written in the Russian edition of the Guinness Book of Records. 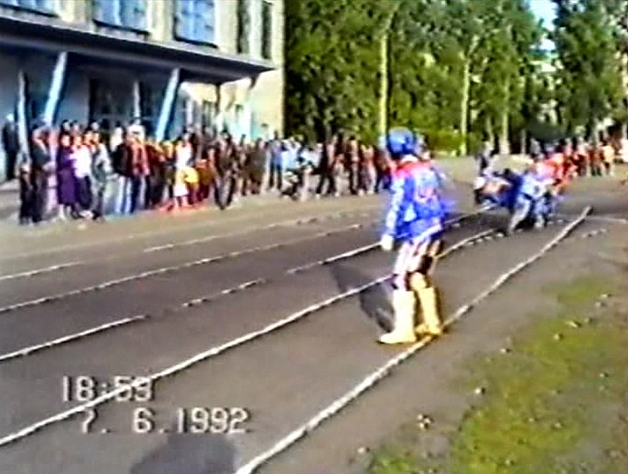 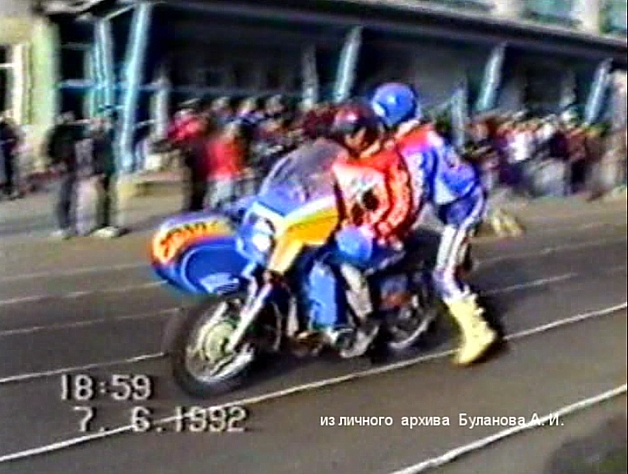 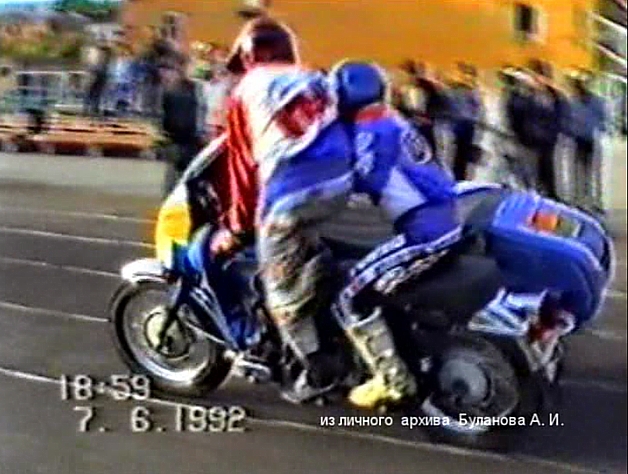 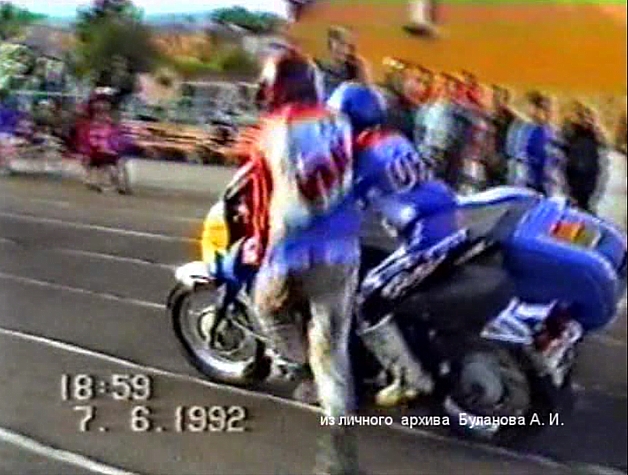 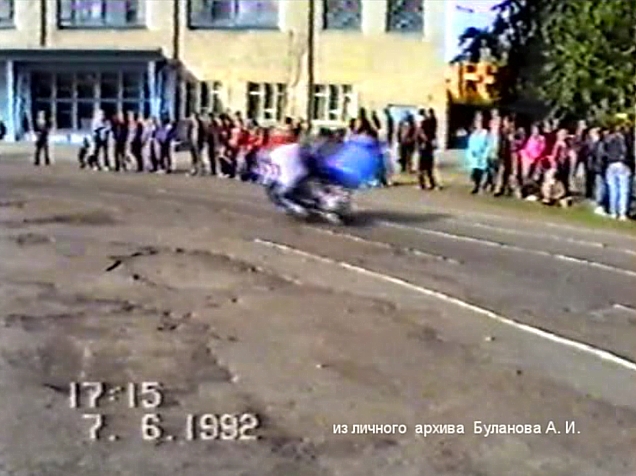 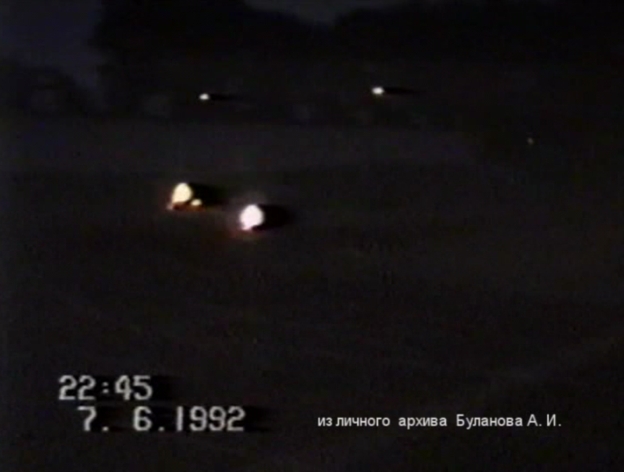 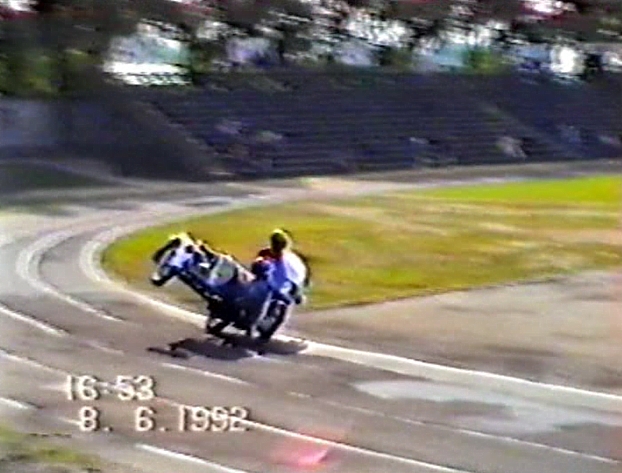 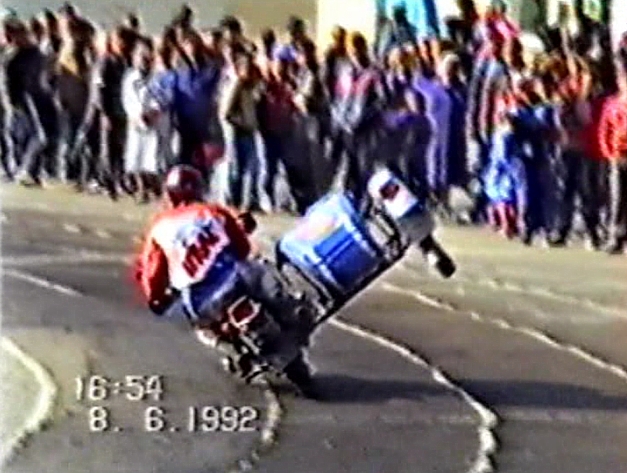 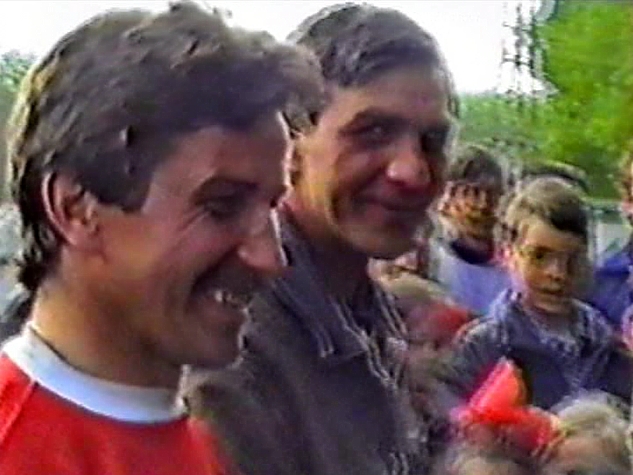 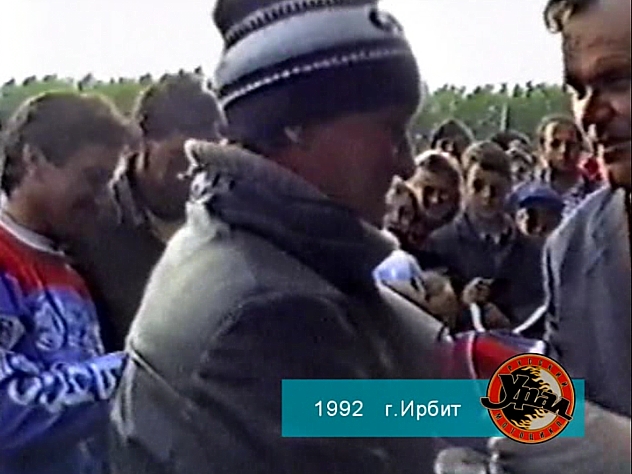 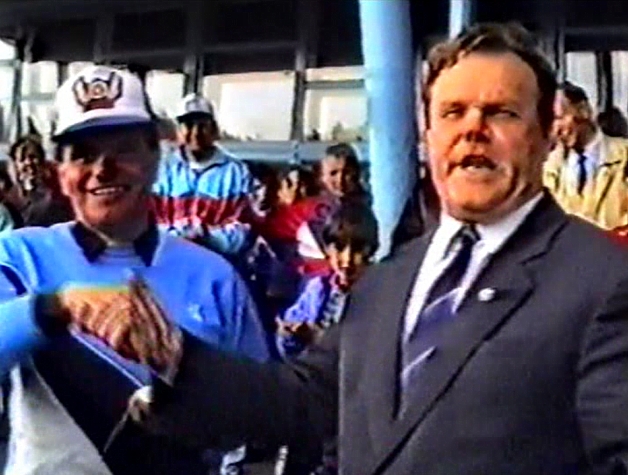 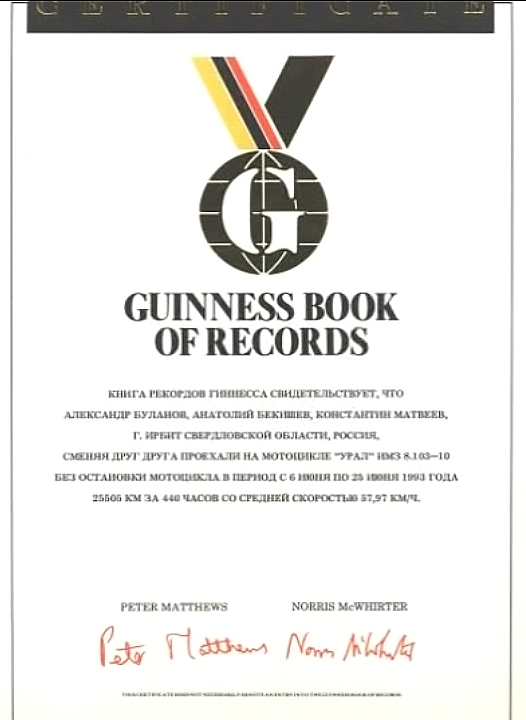 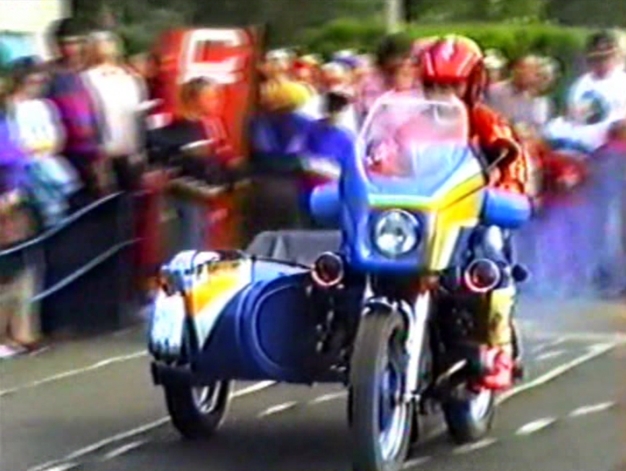 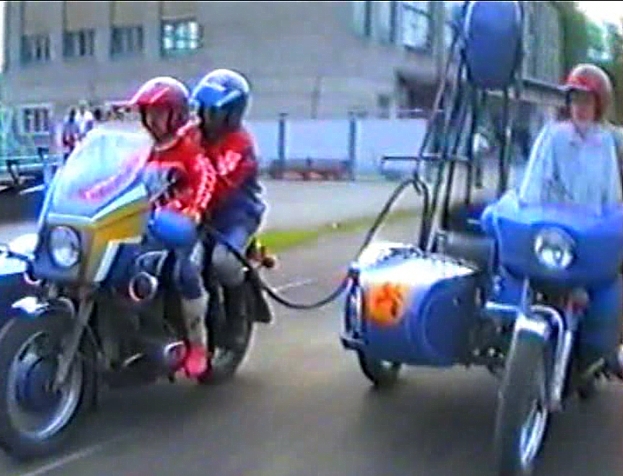 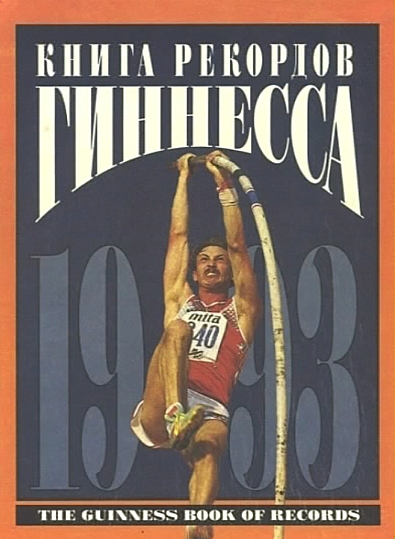 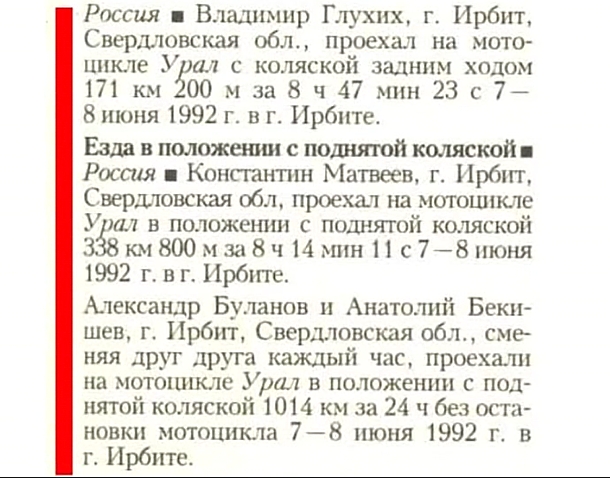 It should also be noted that Mr Alexander Ilyitch Bulanov, a notable historian in the town of Irbit as well as a twice Guinness Book of Records-holder for Ural motorcycles, is the current director of the Irbit State Motorcycle Museum.

Translations © Eugene Radchenko 2014 specially for us at b-Cozz. Thanks Eugene!