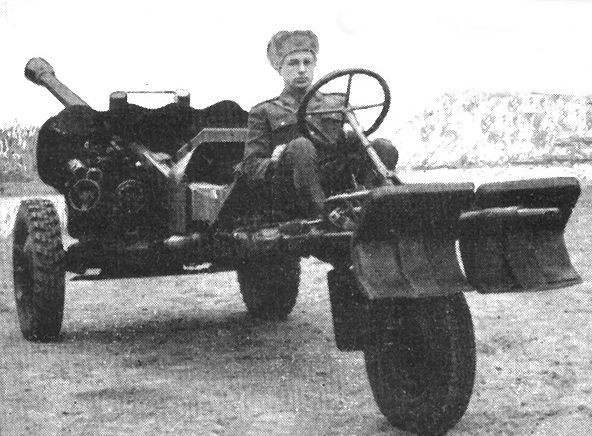 The 85-mm divisional gun D-44 (Russian: 85-мм дивизионная пушка Д-44) was a Soviet divisional 85mm calibre field artillery gun. The barrel was developed from that of the T-34-85 tank and was capable of firing 20–25 high-explosive (HE), armor-piercing, and high-explosive antitank (HEAT) projectiles per minute. Sub caliber BR-365P HVAP-T (high velocity armor-piercing-tracer) projectiles were capable of penetrating 100 mm of armor at 1000 meters at a ninety-degree obliquity, and the BR-367P HVAP-T projectile penetrates 180 mm of armor under the same conditions. The design of the D-44 started in 1943 at the design bureau of No.9 factory “Uralmash” and production began in 1944. Its GRAU code was 52-P-367.[4] The SD-44 was a 1950’s variant with an auxiliary propulsion unit using a modified motorcycle engine. The gun uses GAZ-AA tires, and is towed by a 2.5t truck or a Ya-12 tractor with the average speed of 20–25 km/h on surfaced roads, and 11 km/h over open terrain, with a maximum towing speed over asphalt roadway of about 55 km/h. 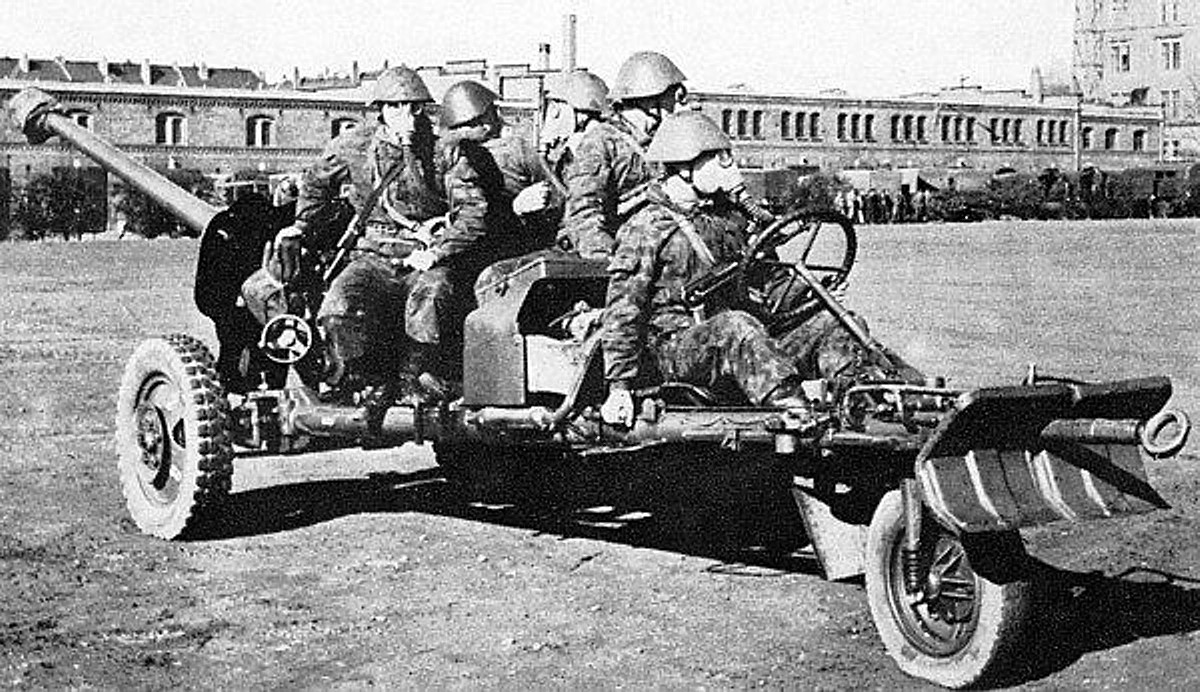 The SD-44’s on-board auxiliary propulsion unit was attached in a special iron box, equipped with a modified motorcycle M-72 engine of the Irbit Motorcycle Plant with a capacity of 14 hp. @4000 rpm provided a speed of self-propulsion up to 25 km / h, and 5.5 km/h off-road. Transmission of power from the engine was provided through the propeller shaft, differential and semi-axles on both wheels of the gun. The gearbox, which is part of the transmission, provided six forward gears and two reverse gears. The seat also has a seat for one of the calculation numbers, which functions as a driver-mechanic. At his disposal there is a steering mechanism that controls an additional, third, wheel of the gun, mounted on the end of one of the stands. There was also the possibility of mounting a headlight for lighting the road in the dark.The time for the gun from the fighting to the stowed position or vice-versa with the crew of 5 people required less than a minute. With the emergence of military transport aircraft AN-8 and AN-12 the opportunity to carry a gun SD-44 through the air, as it were landed with a parachute. 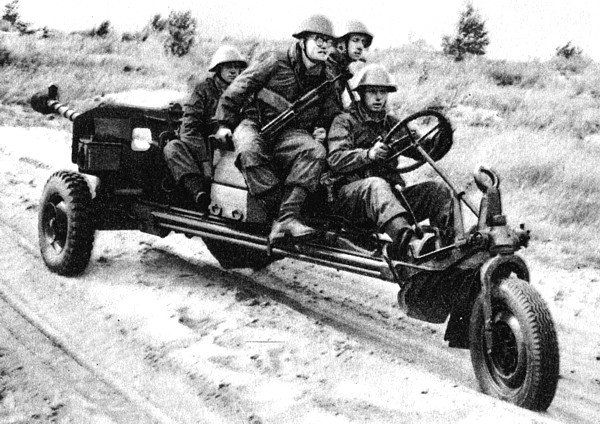 A later version followed, the SD-57

I have not much info about that one, here’s a link,
SD-57 photo