Motorcycle M-72 with side car

In 1940 the Soviet Union obtained the license for BMW Model R71. Documentation and tooling, even some staff were included. Another account is that several BMW R71 were purchased in Sweden and then reverse engineered, making wax moulds and copying everything lock, stock and barrell. It’s possible that both accounts are correct. BMW say they do not know how the Russians got the R71 as records were lost.

For the text of proposed production statistics of USSR Motoplant name and motorcycle make quantity:

The first M-72 motorcycles were made at the Moscow Motorcycle Plant (MMZ) for the Red Army.

In January 1941 the first Preliminary batch of Moscow MMZ M-72 was completed, 1753 motorcycles were produced by MMZ. prior to evacuation from Moscow. The motorcycles production went on at MMZ until October 1941, when a resolution of the State Committee of Defence stated the plant was to be evacuated to Gorky (GMZ) and other locations.

Motorcycles were assembled from Moscow parts, before being evacuated once again, to the small town of Irbit in the Ural Mountains, far out of range from German bombers.

by Alexander Bulanov: “It was on 17th November 1941 when first train with Moscow motorcycle plant arrived to Irbit and since that date the town has changed it destiny for motorcycles and motorsport. The War was going when Irbit held its first motocross competition…”

Motorcycles M-72 were produced at IMZ from 1942 to 1955.
The engine of the M72 was also used for other purposes look at: Soviet Self-propelled gun SD-44

According to the image below of a GMZ (Gorky) M-72 of 1948, perhaps it was built from old stock or maybe production had recommenced there after the war.

In 1950 it was decided to open a new facility to produce M-72, the Kiev Motorcycle Plant (KMZ) in Ukraine was chosen and preparations began to make mass production there.

Opened in 1945 the KMZ plant was foundered on the site of old tank repair workshops and had been producing KMZ K1-B 98cc (aka Wanderer 98) since 1946 and K-1V motorized tricycle for invalid war veterans since 1947.

Several varients were made by IMZ, M-72K (motocross) was produced 1952-1958, and a cargo sidecar was available.

The M in M72 stands for Mototsikl which equates to the German R for Rad as in Motorrad. There were two plants to build the M72, one in Moscow and one in Leningrad (St. Petersburg). The Moscow plant moved to Irbit and the Leningrad plant to Gorky (Nizhny Novogorod). Production commenced in 1941 but due to war chaos and difficulties in obtaining supplies no bikes were completed until 1942. All sidecar bodies and chassis were built in Gorky near the GAZ factory until 1956.

In 1957 military production was shifted to Kiev. At the same time the Gorky plant was closed and tooling was offered to the Chinese. It is probable that plans for the K750 had been finalised and transfer of the now obsolescent M72 line could go ahead. The Chinese have admitted that it took them until 1961 to build complete motorcycles.

It is often forgotten that the Chinese were building a small number of Zundapp KS600-inspired bikes prior to the transfer of the M72 technology.

Also, despite what many people assert, the R71 was never built in great numbers and was not an official German Wehrmacht army bike. In fact the M71 was an appalling military bike until the changes brought in for the M72 in 1942. That being higher mudguards, dual clutch plates, 4.62 final drive and frame reinforcements. In reality the M72 is an improved military version of the civilian BMW R71.

Another point to note is that the R71 is not really related to the R75 other than being made by BMW. The R75 is more closely related to the Zundapp KS750 than to any earlier BMW. In competition to build the Wehrmacht’s bikes, BMW offered the R71 which they viewed as an improved R12, and Zundapp the KS750. So impressed were the Wehrmacht with the KS750, they wanted BMW to also build it. The R75 is the face-saving compromise that BMW developed.

As to what the M in M72 stands for – the myth that it stands for Molotov probably derives from the fact that the K in AK-47 stands for Kalashnikov, the designer. However, General Kalashnikov was a highly decorated officer, Hero of the Soviet Union, and a soldier NOT a politician. Stalin would never have allowed a model number to commemorate any potential political threat. If the M stood for Moscow then logic would dictate that the Leningrad plant would be building L71s and L72s, Irbit I72s, Gorky G72s and Kiev K72s. The K750 series may be the only example of this. The M in the MV series clearly stands for Motorcycle Army. Ural continued with the M designation all the way through to the M67 (and prototypes) until the adoption of the GOSTandart numerical identifying system used by ALL Soviet manufacturers. – Steve W.

Personal conversations with Irbitski.
Even in these sources there are contradictions, though mostly over dates. For example the M72 was first assembled in Kiev in 1951 and more and more of the motorcycle was manufactured there until the introduction of the M72-N in 1956 which was completely made in Kiev, including the sidecar. At what point do you determine the M72 to be made in Kiev? 25%, 50% or 75%? Differing people take a differing viewpoint. – Steve W.

Special thanks to Eugene Radchenko for his translations. 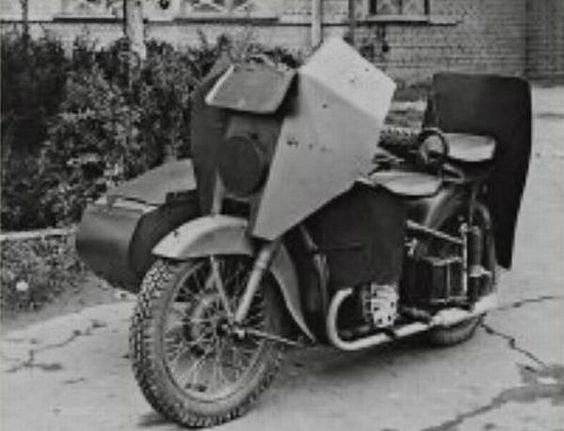 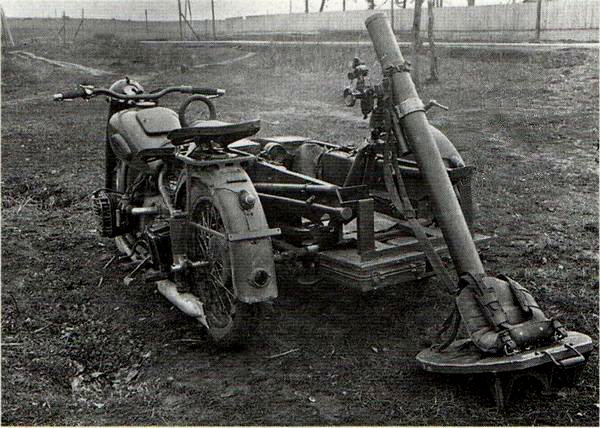