This is the story about reviving, rebuilding, or better to say putting an M72 together from scratch !
I’d bought a frame of a 1961 M72, years ago, recently I could swap it for a frame from a 1954 M72, the year I was born, I’d liked the thought of having a bike as old as me. 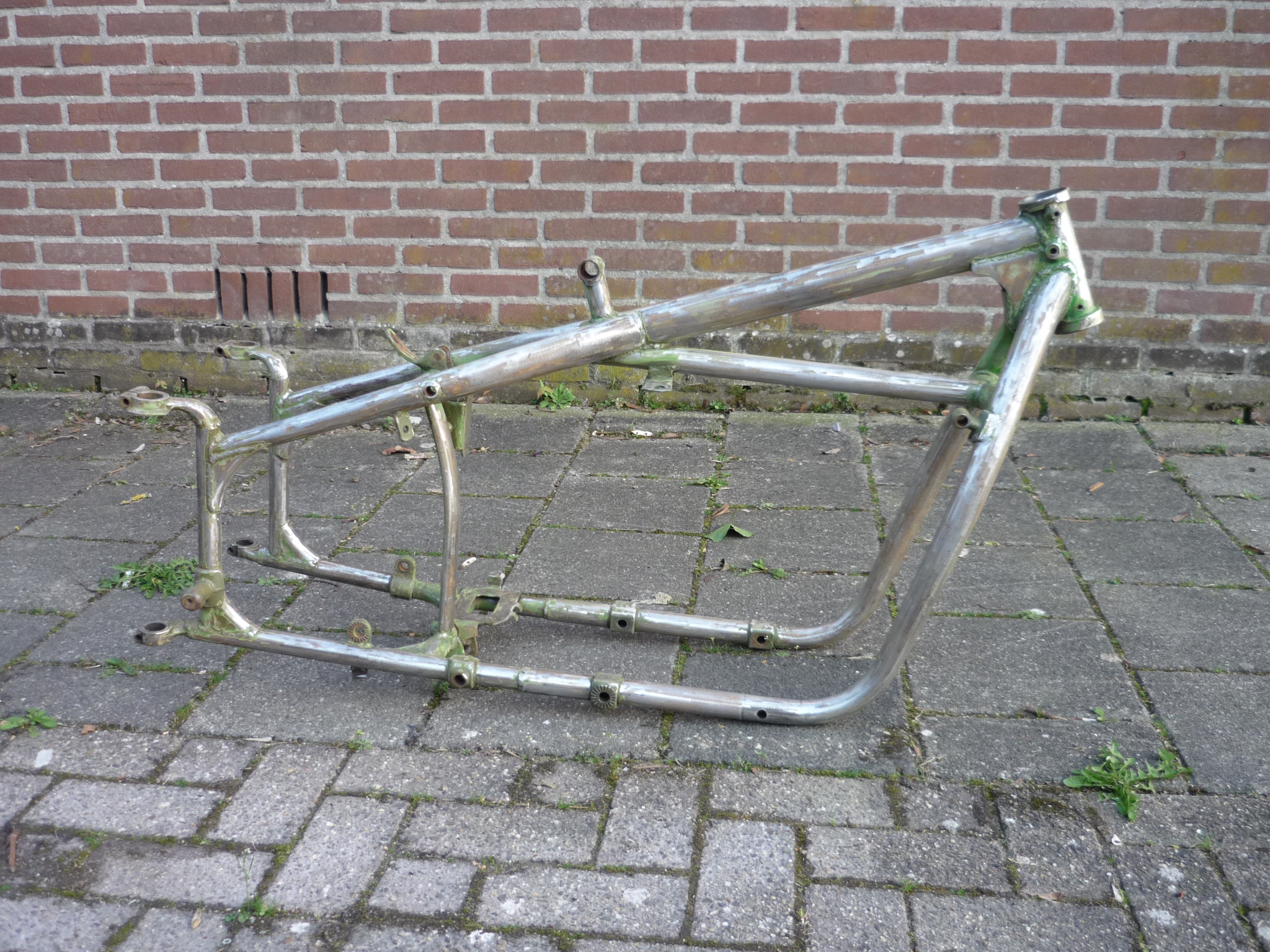 I’d had some parts lying around, leftovers from earlier projects, a refurbished spare engine, so it made sense to put it all together as an bike.

I’d already bought a sidecar to go along with it, thought that this side car, without torsion bar, was the first type but it seems there was a version before this one ! 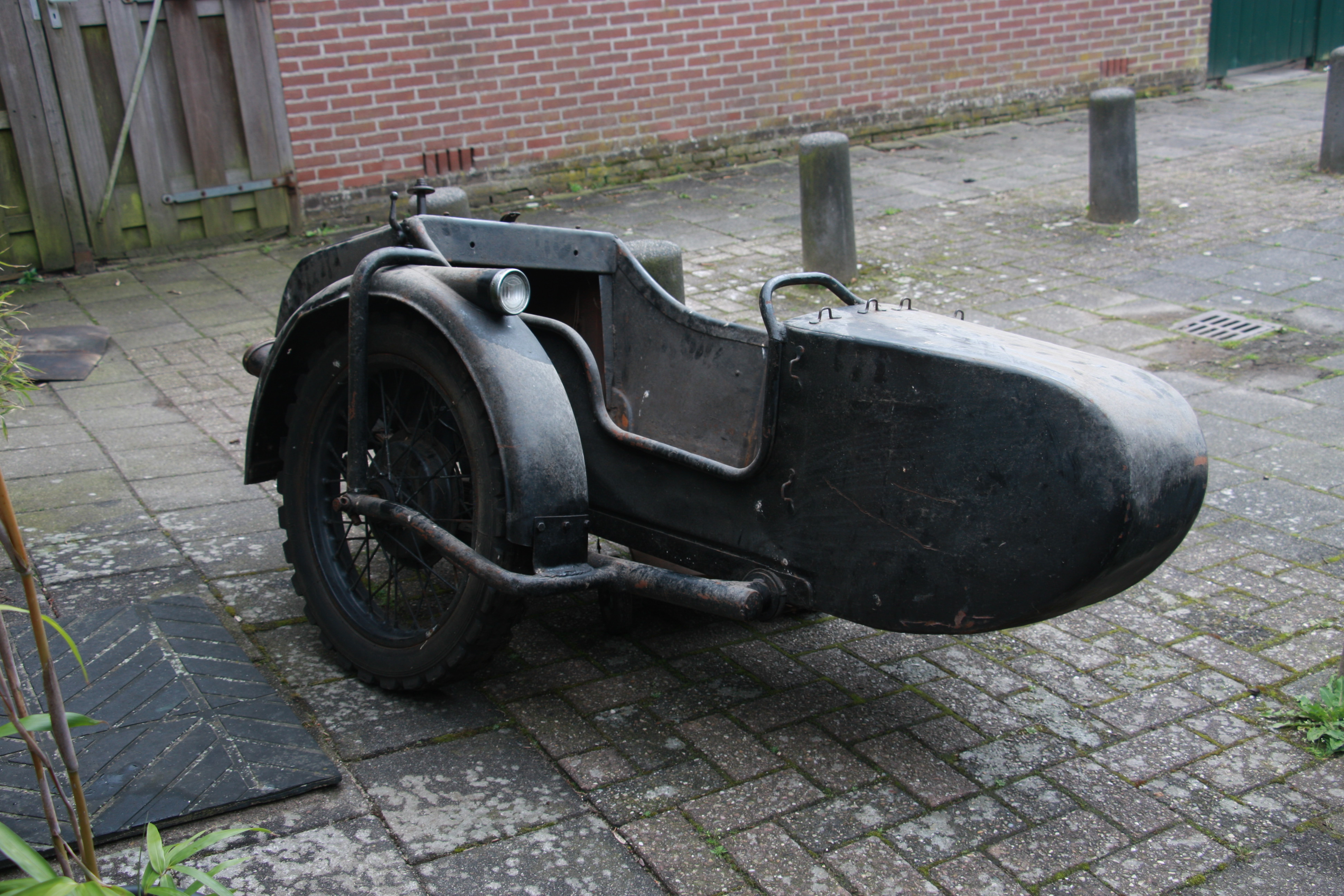 The second one is this one, the later type was the one with torsion bar.

“First sidecar frame doesn’t have pipe over the mudguard so the axle is fixed only at one side.
It was probably to weak for russian conditions at war”.
info from Leszek, Oldtimergarage

Original:
1. the earliest form of something, from which copies may be made.
2. an eccentric or unusual thing. 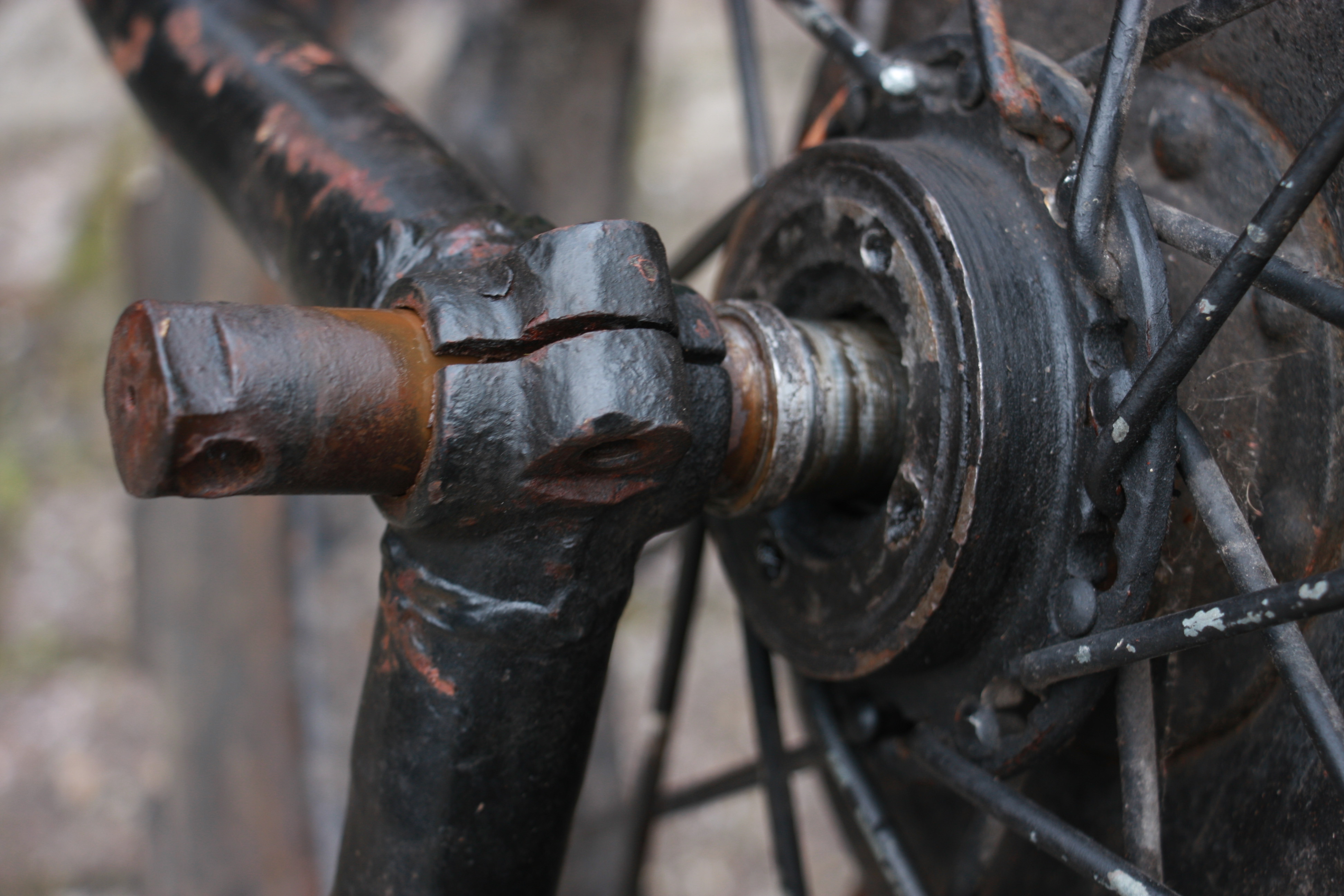 Axle is stuck in some way 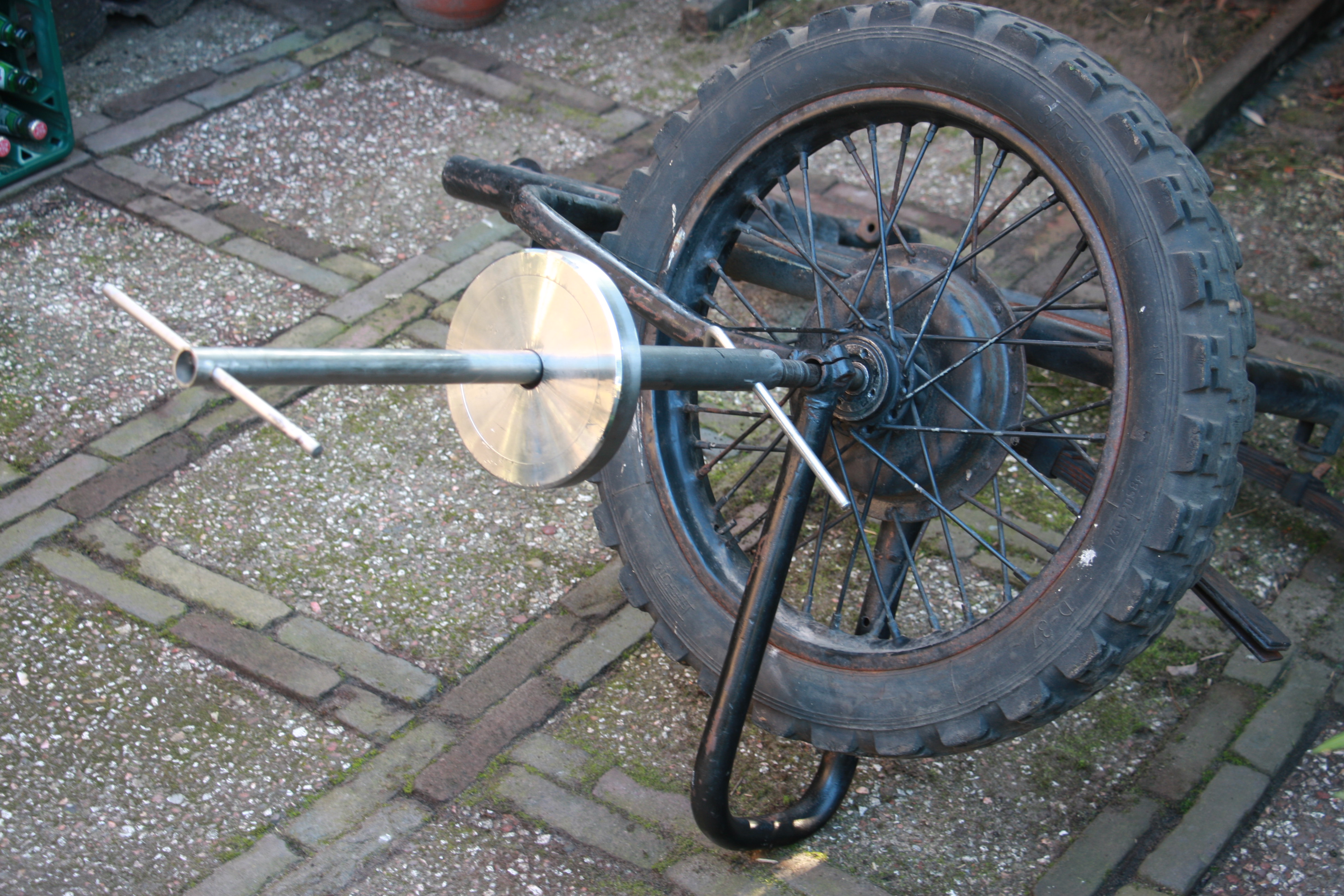 With this “puller” and 5kg weight, I got it off.
Both threads are damaged, axle and inside thread sidecar frame.
Will be a challenge to repair this ! 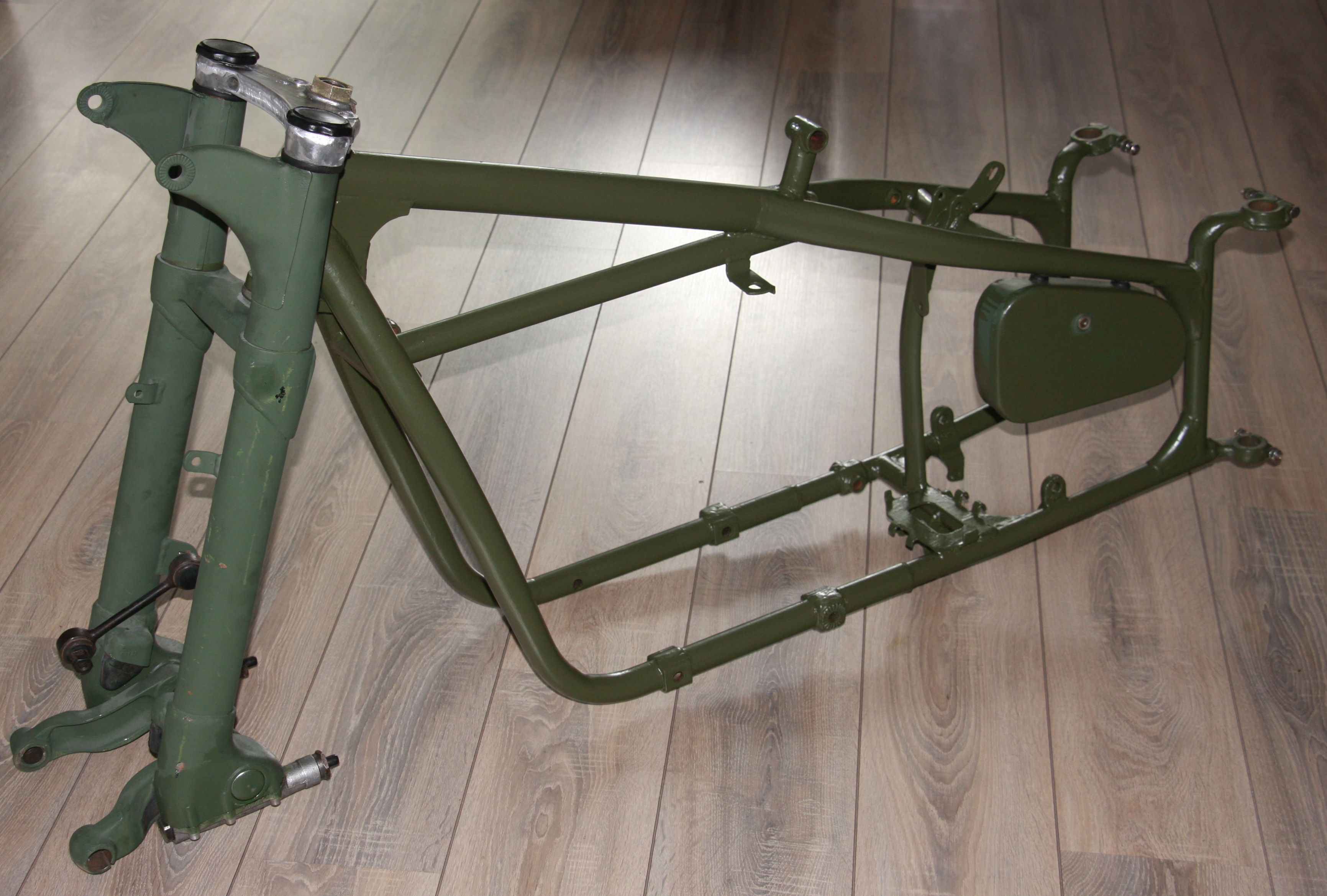 I welded some studs for an small toolbox and attached it.
Painted the frame with “Russian green matt military paint”, the front fork was in an other color, changed that now. 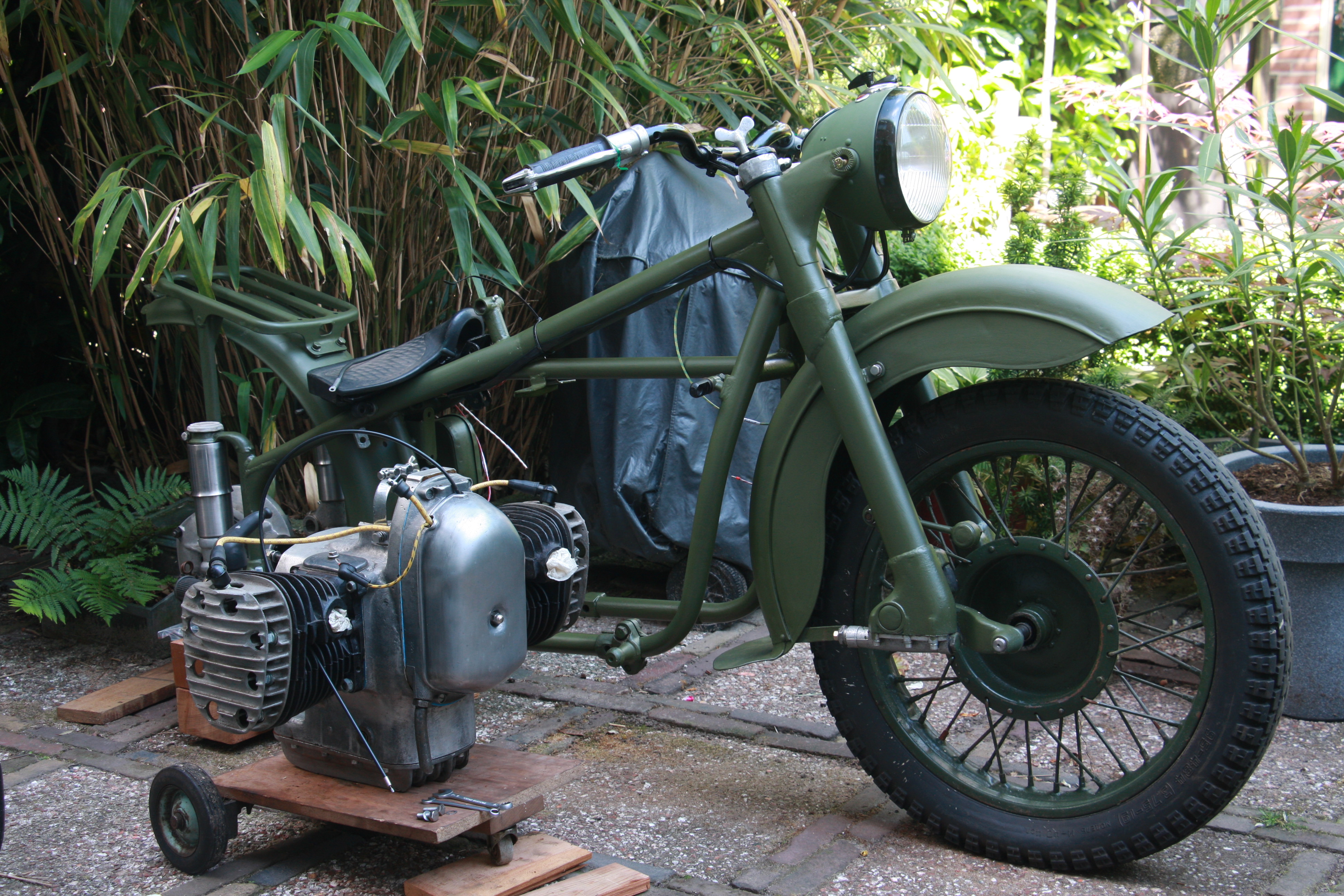 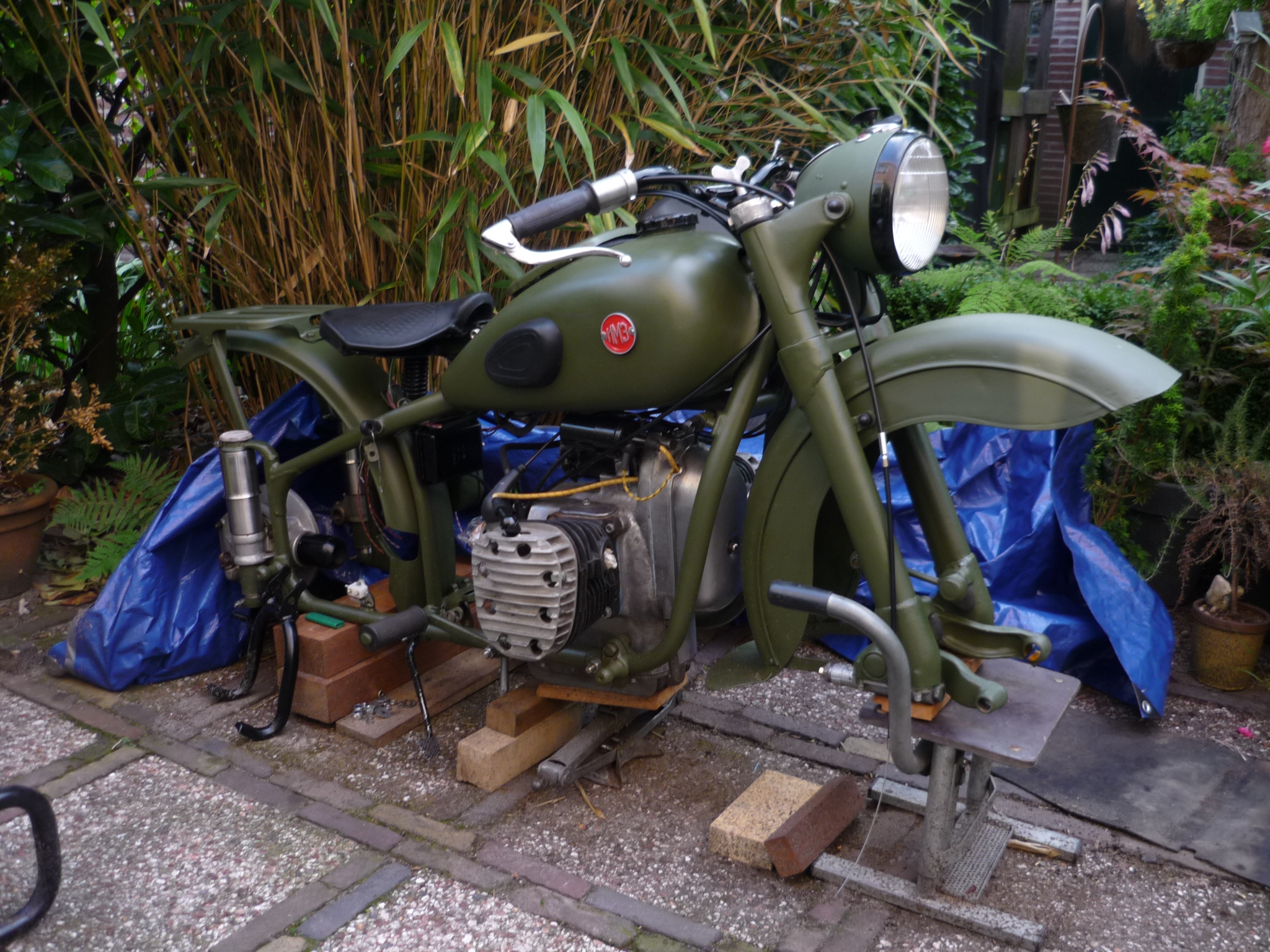 Brake plate isn’t complete, have to make a bush for it, to have the distance required and centered in the fork. 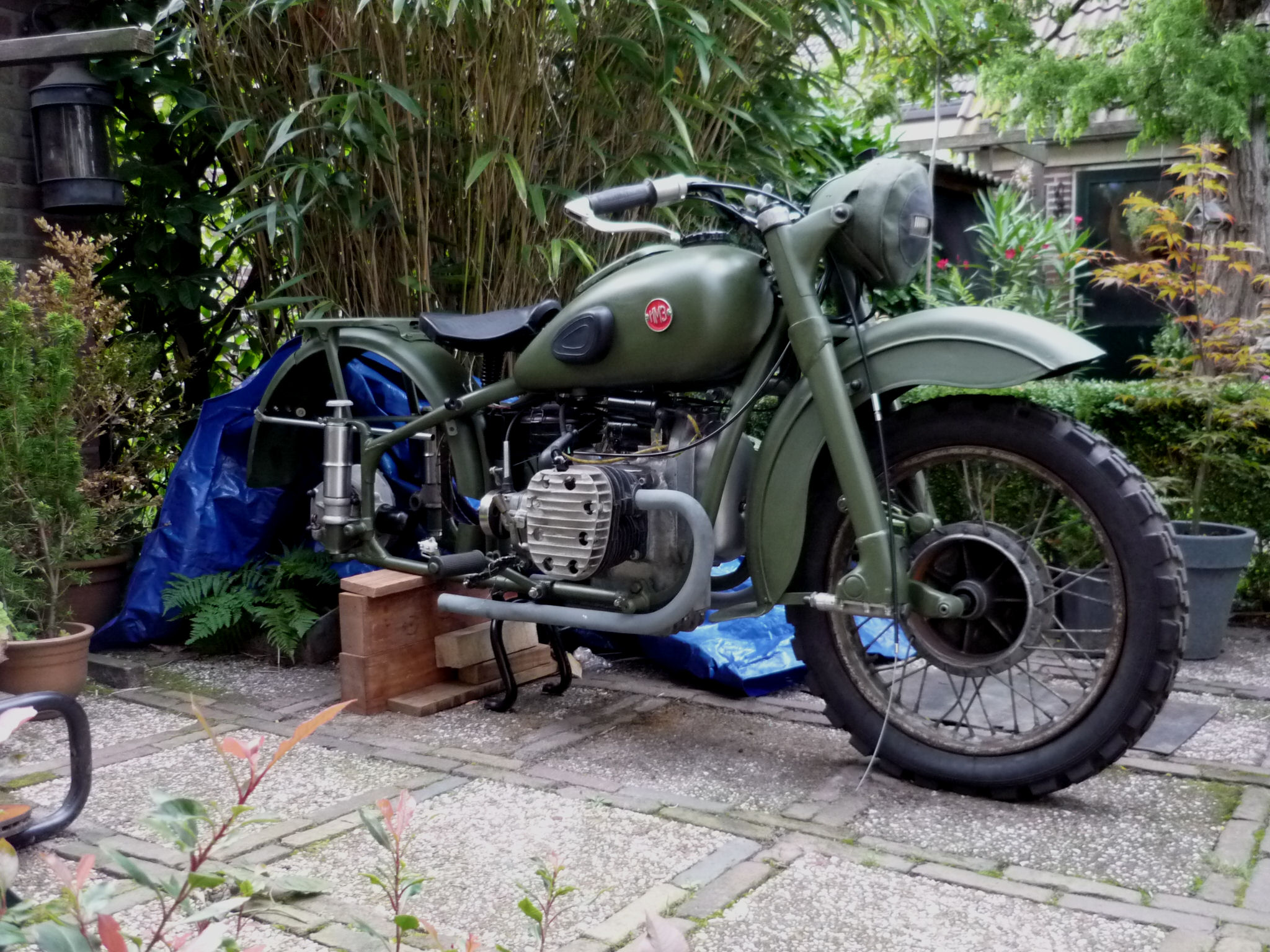 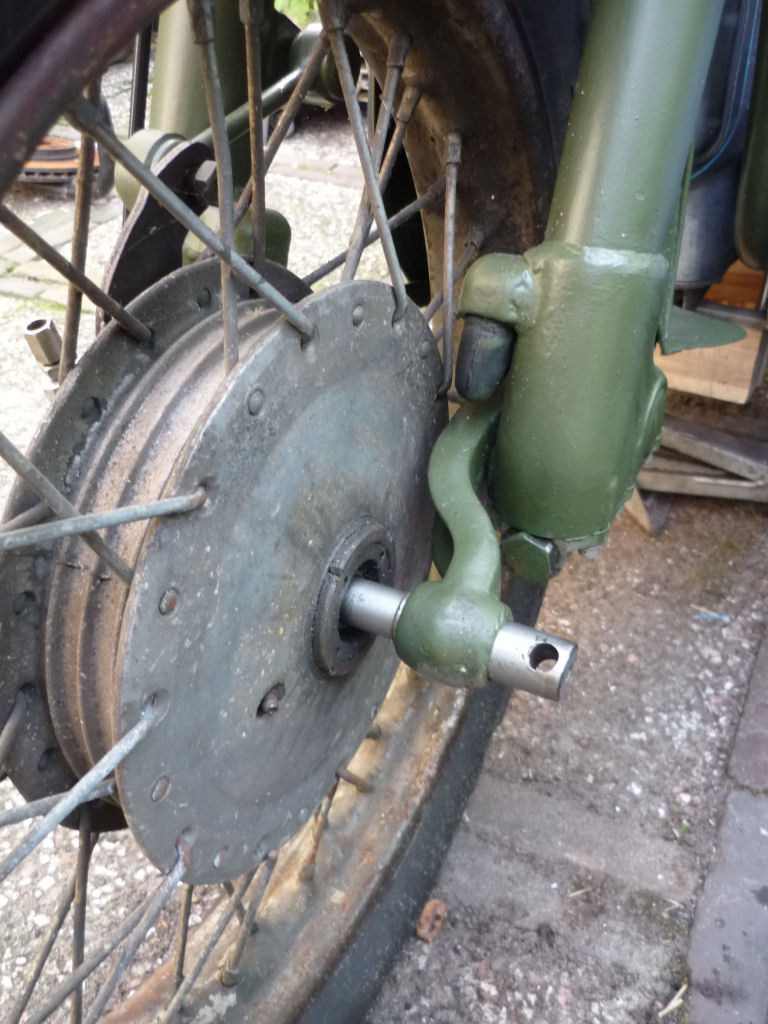 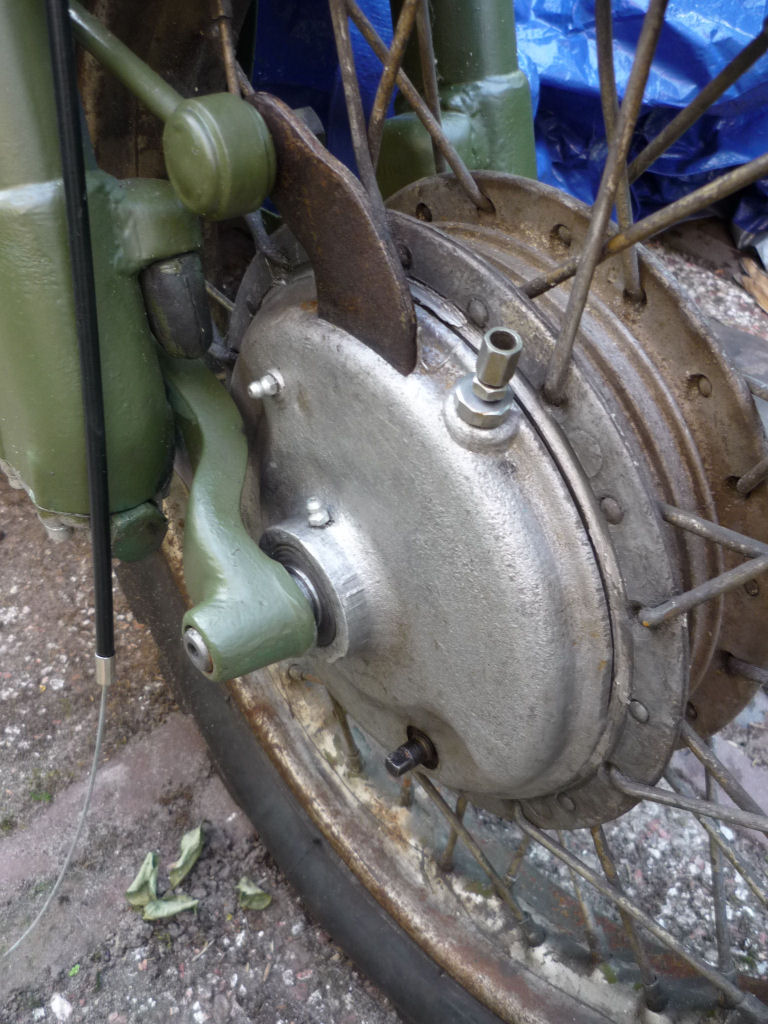 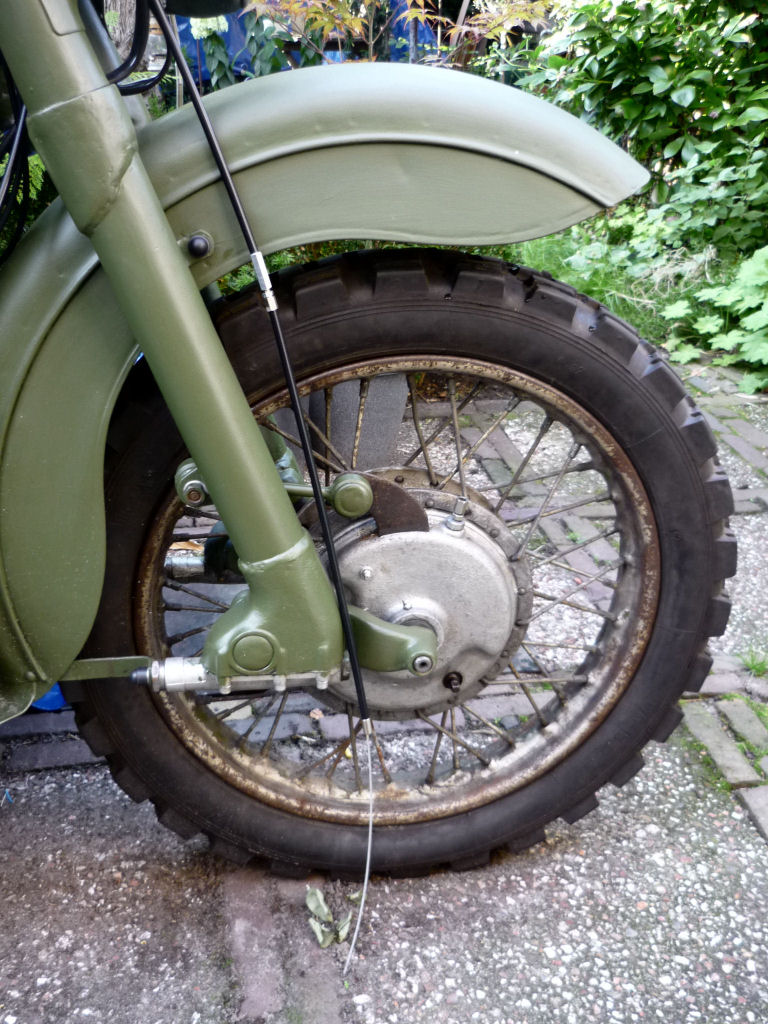 Because I use a Dnepr “glide” gearbox with reverse, that’s a bit longer than the M72 “crashbox”, I have to cut the original M72 drive axle and shorten it a bit !

Don’t forget to put the rubber cover and cap on the axle before you start welding !

First thing I’d welded with TIG, wasn’t easy but I made it, hopefully the measurement is OK !  Will try to fit it on the bike this weekend.

I bought this regulator by this Dutch Electronica guy 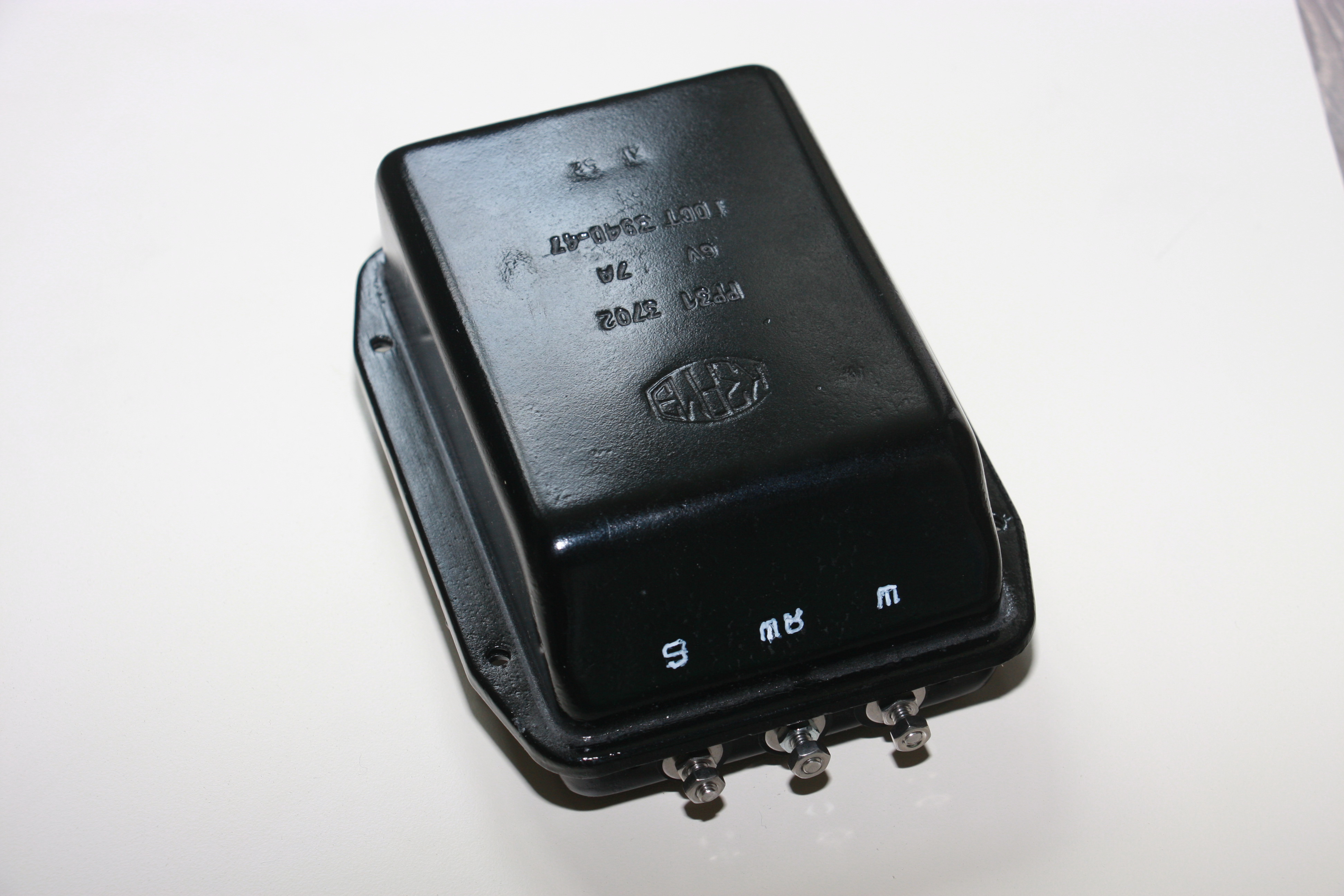 Spoking and balancing the Wheel

I think I’ll have to find some real round rims, getting rather frustrated, no matter what you do you can’t get them 100%. They stil a bit wobbly so at least for the frontwheel I would like to have a real round one !

The other final drives I have, have needles, this one is equiped with slide bearings.

Use a piece from a pet bottle when you install the seal else the splines will damage the seal ! 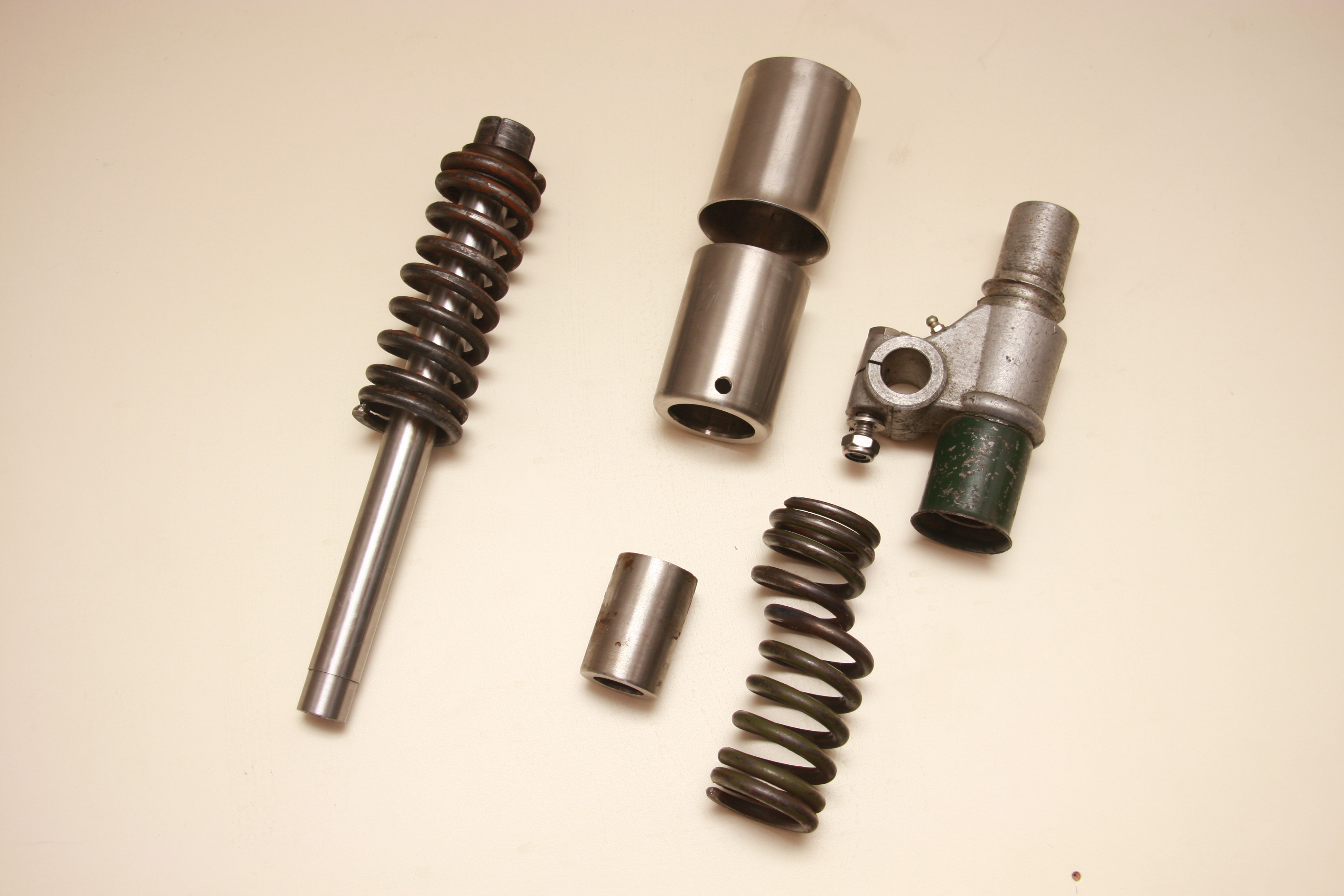 If there’s no hole in the ” bottom” cover, drill a hole, else you will ruin the spring !!
The spring goes off easily when you’re able to tap against it.
Trying to turn it off without the hole and a gentle tap will have the above result ! 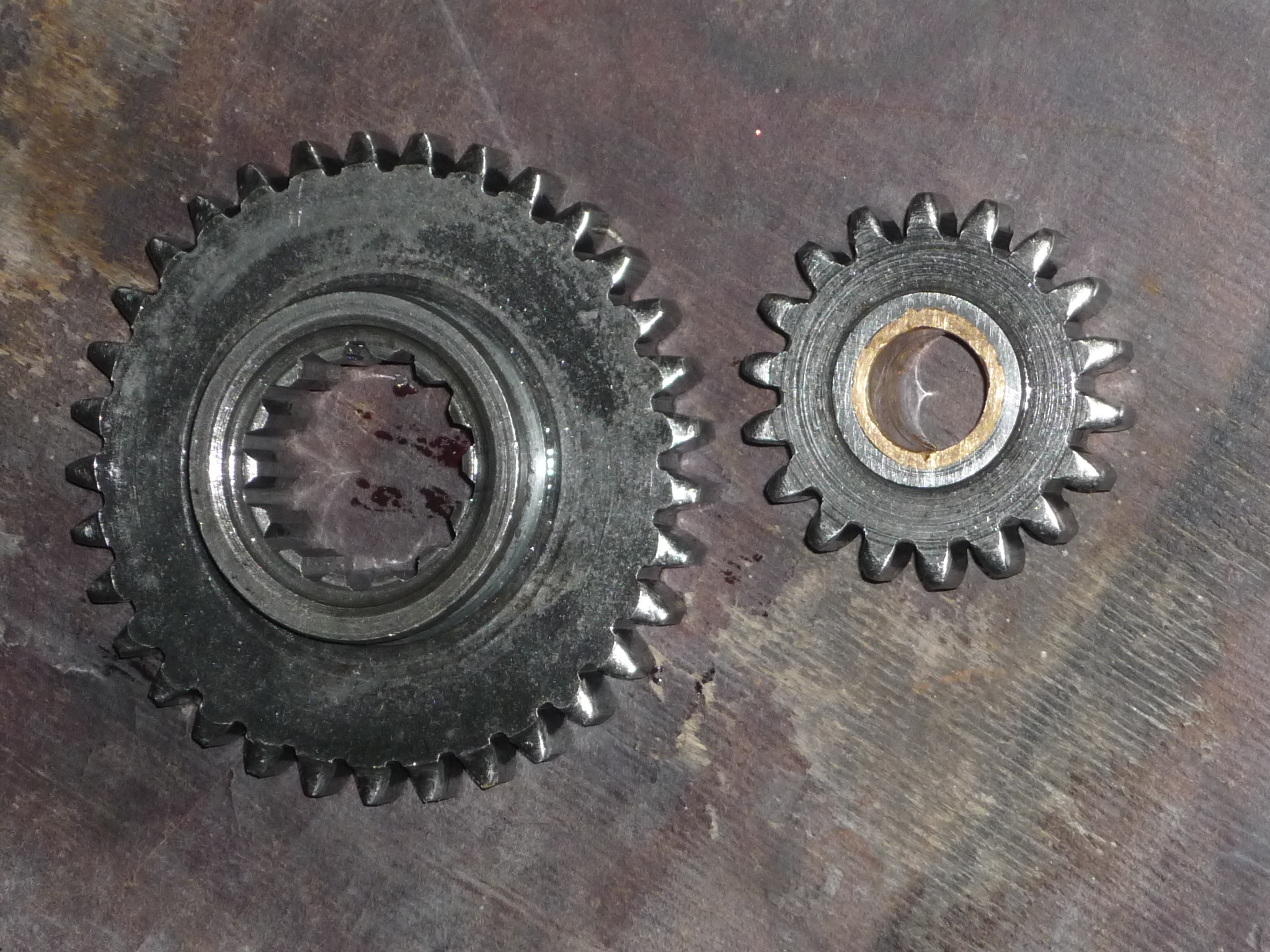 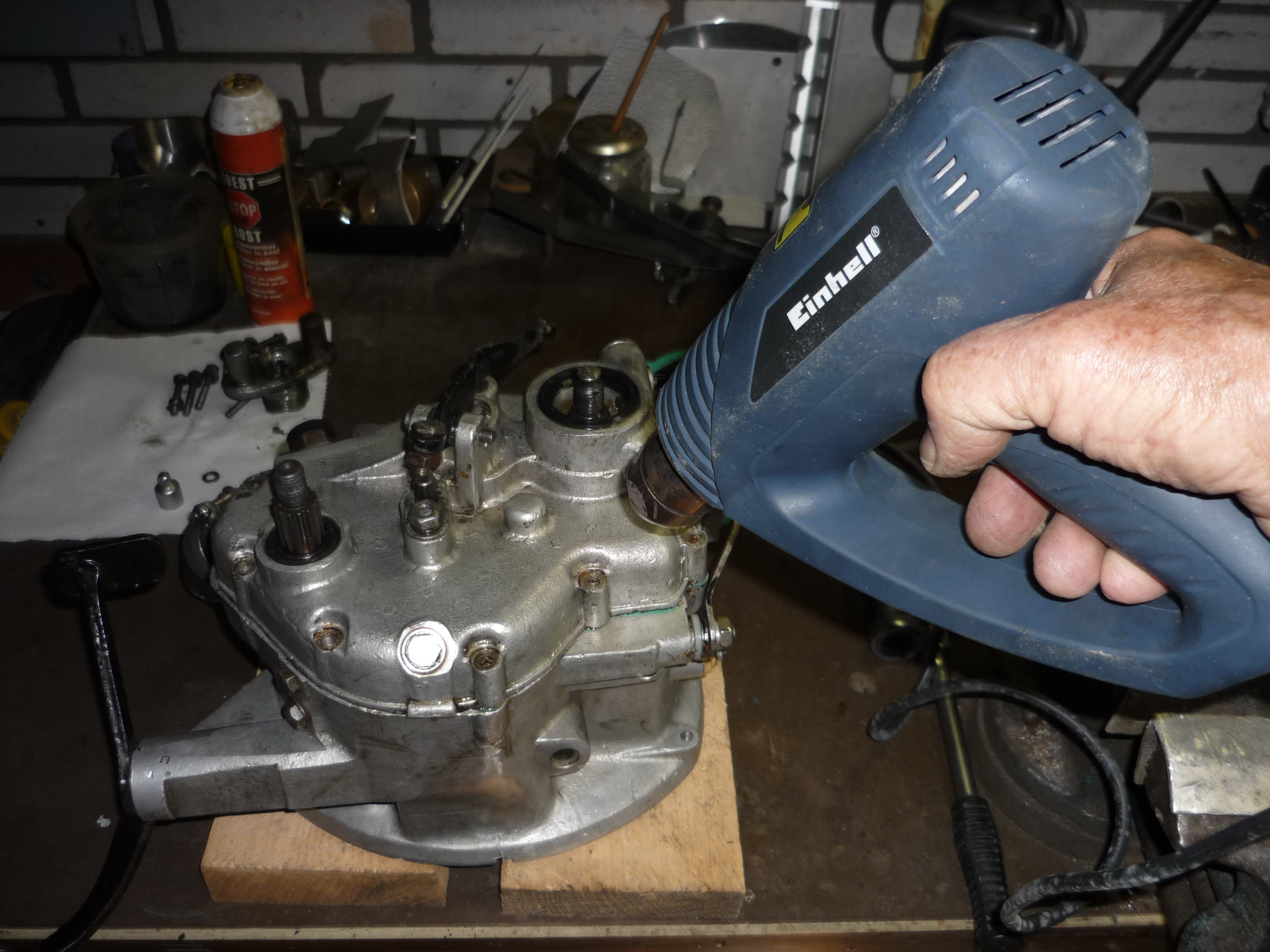 heating up a bit for less stress on the bearing 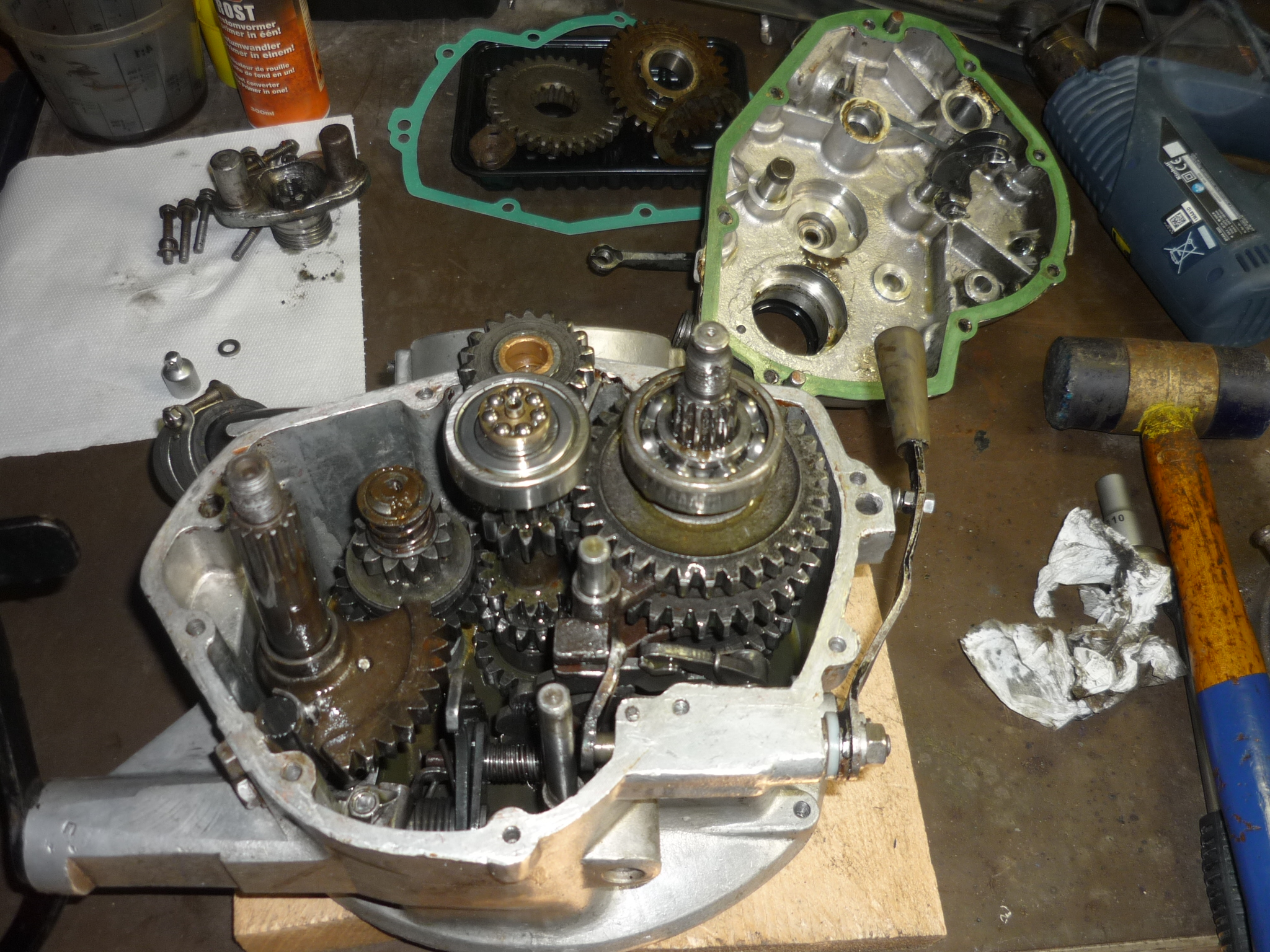 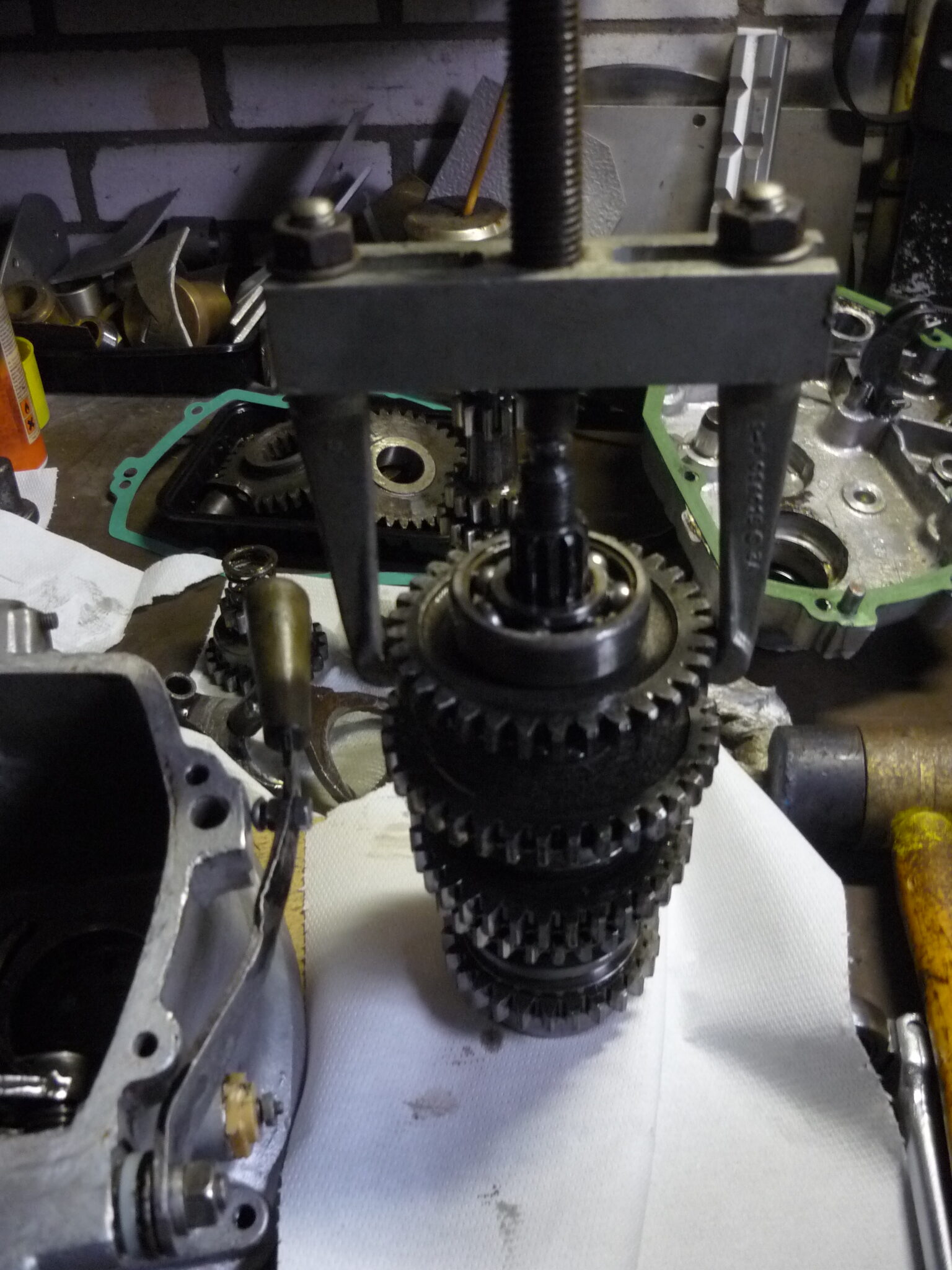 pull off the bearing 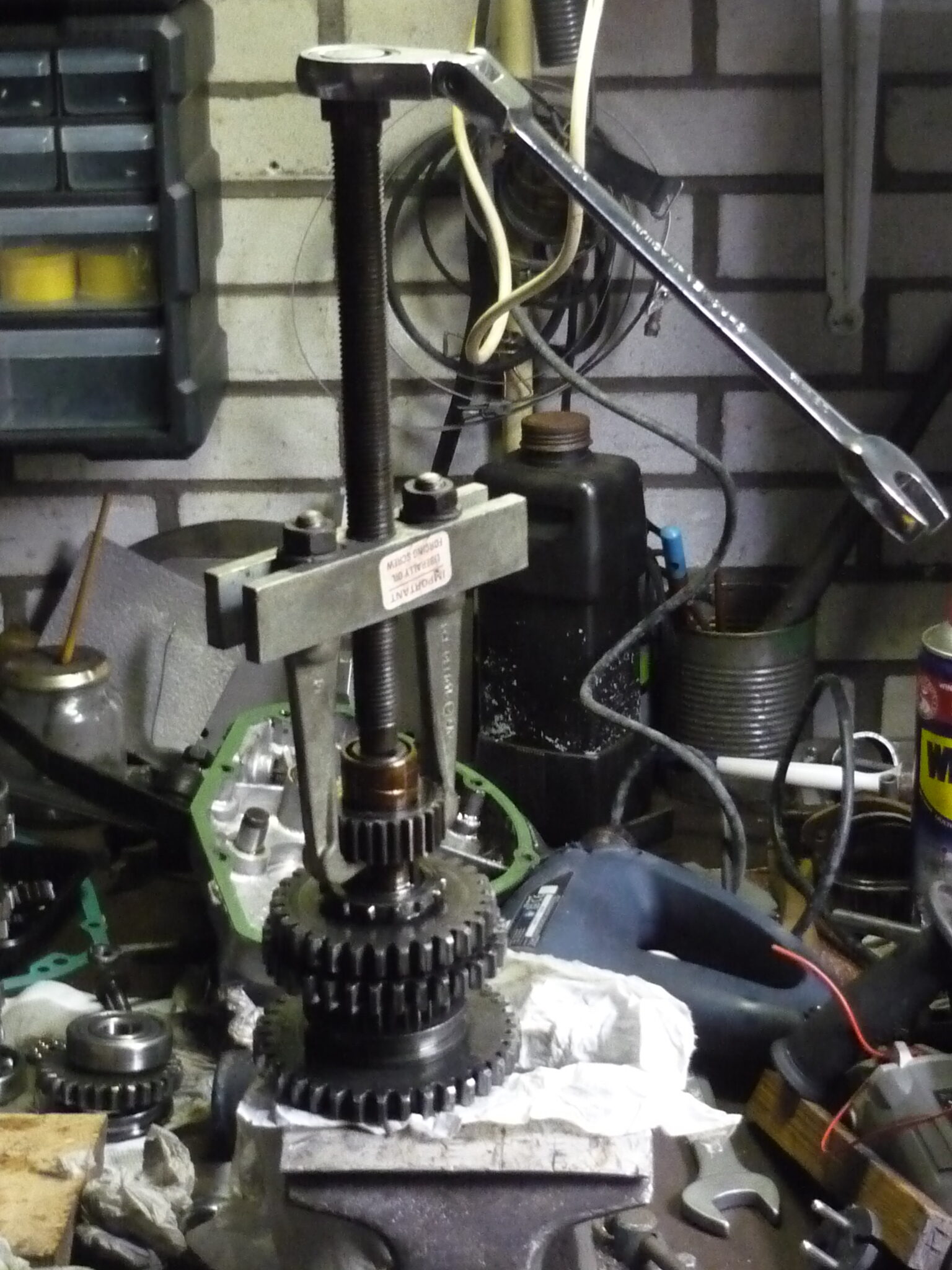 pulling off the synchronising gear 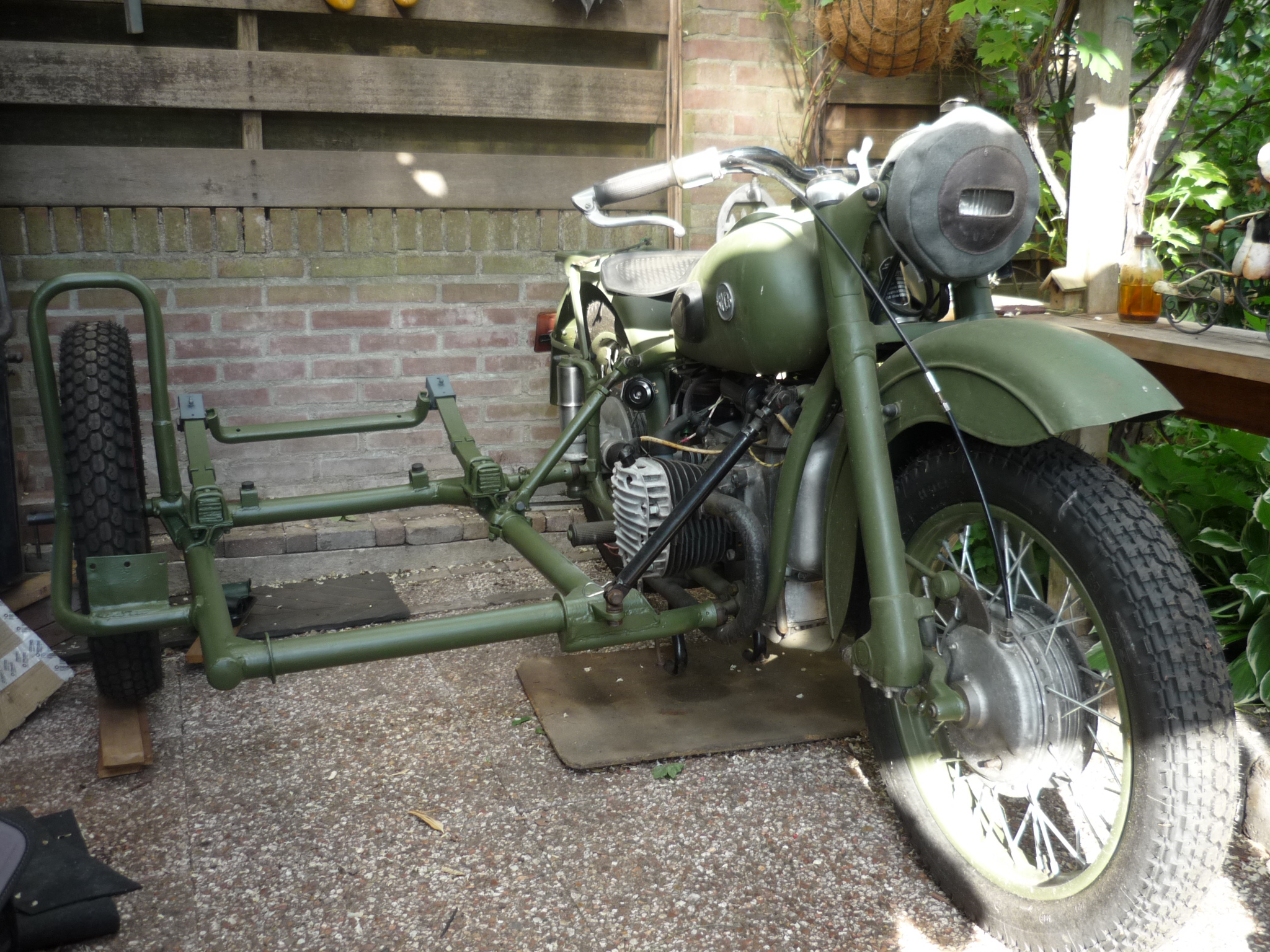 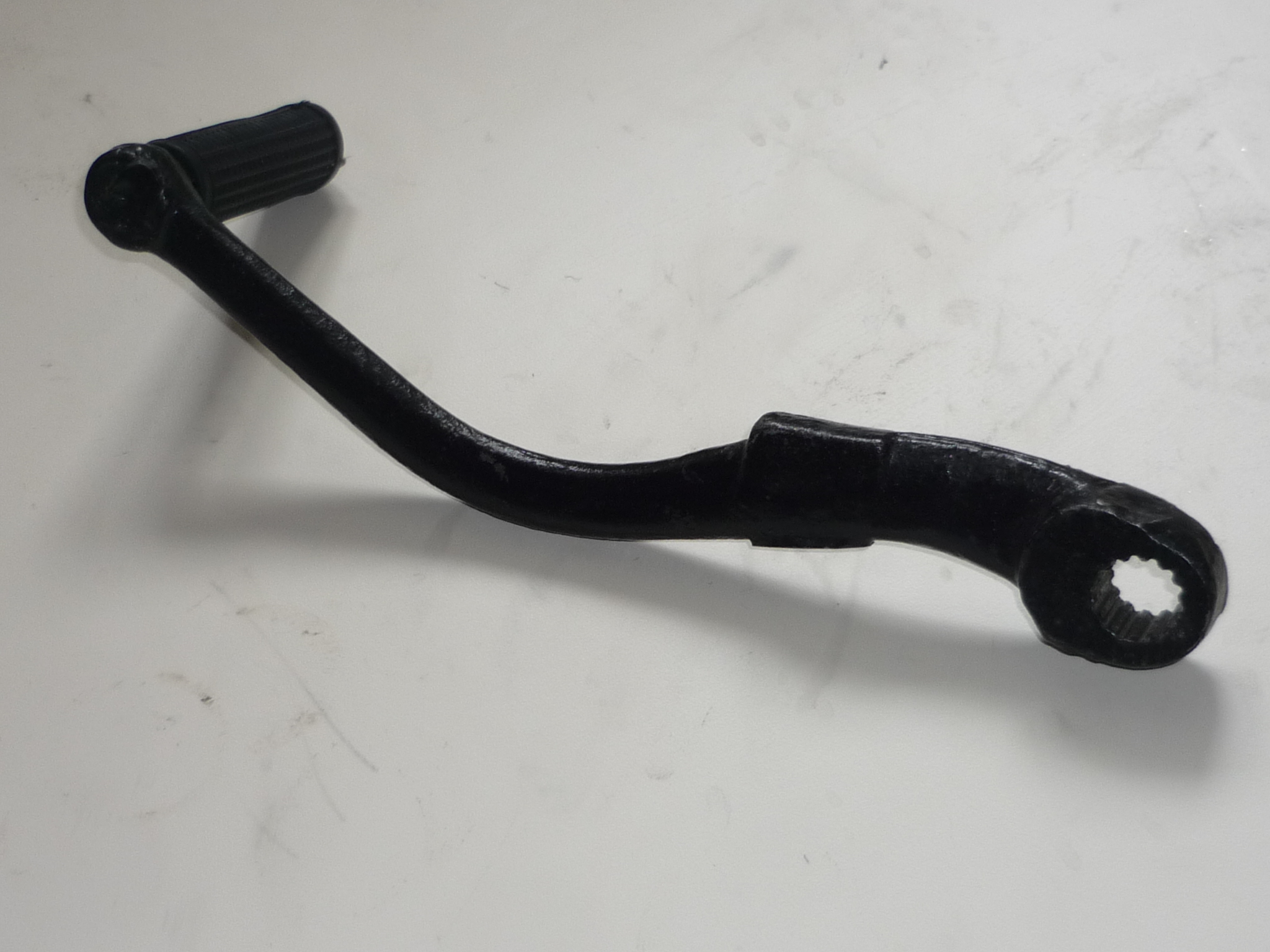